Human beings are smart, and we keep inventing new things. In medicine, that means more and better tests to analyze us in increasingly sophisticated ways. This trend will continue, so we need to get used to it, and be smart about it.

Sometimes when tests get better, they are able to identify more subtle things. For example, years ago we would diagnose a pulmonary embolus ("PE," a blood clot in the lungs) mostly by using a ventilation/perfusion scan, which gives a rough idea as to whether a large chunk of lung has a blood clot in it. We know that if there is a large clot, the patient needs to be anticoagulated with warfarin, for at least a few months.

Then we began diagnosing PE's with CT scans. This was an improvement, because they are easier to do, can be done on less stable patients, and give a clearer picture. On a CT angiogram, you can actually see the clot. The following picture shows a really bad one, called a "saddle PE," that stretches across both pulmonary arteries. 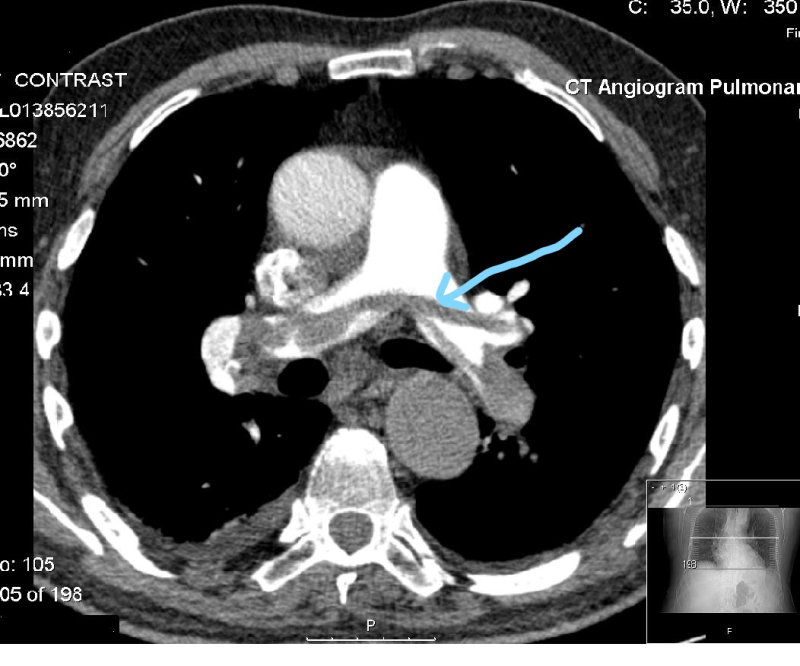 (Source:  https://commons.wikimedia.org/w/index.php?curid=53722435). In a CT scan, dark means less dense and white means dense. A dense "dye" is injected into the blood to make it appear lighter. The dye does not go into the clot, so now you can tell where one ends and the other begins.

These days, CT scans are becoming increasingly excellent, to the point where very small clots can be viewed in the lung. But there is a question whether these small clots are as dangerous as the big ones, and whether the patient actually needs anticoagulation. It's currently controversial.

There are other potential examples of conditions being overdiagnosed by improved testing: heart attack, breast cancer and lung cancer, for example.

Does this mean we should stop testing? No! Medical care is quite good and quite helpful, overall. We just need to be careful.

One answer to the problem of new technology is to do different kinds of research. A new technology that sees subtler things should make us stop and ask ourselves if this is still disease. And in fact, these are the questions that researchers are asking now.

While we wait for the scientific consensus to evolve, it's important to ask questions and weigh what we know of risks and benefits.

Over time, disease definitions are expanded. Is that good?

A great many things are labelled diseases nowadays. "Caffeine withdrawal" is a formal diagnosis, for example. But there are also examples of existing diagnoses getting expanded, such that more people are classified as unwell. Pre-diabetes and "mild cognitive impairment" (basically pre-dementia) would be examples.

This all creates higher risk of overdiagnosis and overtreatment. And it's worrisome that many of the doctors adjusting these definitions of disease have ties to drug companies.

Overdiagnosis is receiving a diagnosis that describes something that never would have hurt you, or caused you any discomfort. Overdiagnosis leads to treatment that, at least in retrospect, you didn't need. It's hard to tell if an individual has been overdiagnosed, but you can see it in statistics. One cause of overdiagnosis is this expanding of the definitions of disease.

How much is this happening? A study looked at guideline updates created by specialty societies and found that most of them expanded disease definitions. Few of them addressed the risk of overdiagnosis, and most members of the expert panels disclosed financial relationships with drug companies.

From one perspective, and a rational perspective at that, we have developed a self-perpetuating "medical-industrial complex" that seeks to do more and more good, at greater and greater expense, by identifying more diseases and treating them earlier. The blind spot of this system is not looking at trade-offs. One big trade-off is overdiagnosis.

Let's look at it from another perspective. During my primary care days, I would routinely see 80-year-olds with 15 chronic conditions. Apart from the fact it's hard to treat 15 diseases in 20 minutes, many of these diseases bordered on insignificant, in the greater picture. These weren't things that were going to kill the patient or cause significant discomfort. They represented risks.

For example, "chronic kidney disease stage 3" is important mostly because sometimes, in a small proportion of people, it progresses to stage 4 and stage 5 disease, and to dialysis. But I had several conversations with patients who, after looking at their records, needed to know what was wrong with their kidneys. Is the anxiety worth tracking that problem and putting a label on it? That's part of the trade-off.

Expanding technology has changed disease definitions. Years ago, you would have a heart attack, and that was that. Then we developed the EKG, and the definition became electrical. Now we have sensitive bio-markers in the blood, and they eclipse the previous definitions.

But then you use the test on healthier people, finding subtle abnormalities. So when you look at someone with severe pneumonia, those heart biomarkers (e.g. troponin) go up a bit. Has this person had a heart attack now? Some would say, "Yes, they had a non-Q wave MI."

That's how one branch of overdiagnosis works: using technology to see what it can do, without considering the trade-offs.

Is it OK to say to your doctor, "I don't know what you're talking about"?

Many patients think they will get better care from doctors if they are nice. Some think it's better to be aggressive. Many just want to get away as soon as possible.

Of the ones who try to be nice, there's a risk that they will not get what they need. That's partly because their politeness leads them not to ask questions, even when they need to.

The power dynamic between doctor and patient is lopsided. The doctor almost certainly knows more, and has the authority to do all sorts of things that a patient can't. (I was always horrified that while covering ICU patients, I had the legal authority to literally paralyze people.) What does that do to open communication?

People respond to power differentials differently. There's a dimension of culture called "power distance" described by organizational behavior expert Geert Hofstede. It can be measured, and the measurement describes the comfort that people have with power being distributed unequally. The U.S. is a low power distance country, but individuals vary quite a bit. And for individuals with this cultural trait, it seems to me that you get a kind of reservedness and formality in addressing people in power. That can lead to poor communication.

Any doctor will tell you that questions are OK. You need to ask questions to build an understanding for yourself. If the doctor winces, or looks annoyed when you ask the questions, you need to ignore that non-verbal behavior, which probably doesn't represent the doctor's final opinion on your questions at all.

What kind of questions to ask, if you're confused? If you really don't know what's going on, say so. If the language the doctor is using is confusing, say so. The doctor may be surprised, but in the end they will be glad you said this.

Nobody gets a class or goes through training about how to interact with doctors. Probably we should have that option somewhere.

Overdiagnosis is an error in prognosis

In overdiagnosis, a clinician identifies an abnormality that would never have hurt the patient, and treats it as an actionable pathology. You can never know who is overdiagnosed in real time; it only becomes apparent after the fact, while examining populations.

In a way, the term "overdiagnosis" is misleading. It implies an error of judgement in the diagnosis process. But more exactly, it's an error of prognosis. Overdiagnosis is inaccurately predicting the future of an abnormality. It is making the judgement that an abnormality is sufficiently likely to be dangerous that some kind of action is required.

Overdiagnosis is one of the reasons that a good clinician will be careful about ordering too many tests. If a test is needed to solve a clinical problem, great. If the test is a vetted preventive health measure, great. But if it's not either of those, it's possible that any abnormalities uncovered will not be meaningful, and that chasing them - with further lab tests, imaging and biopsies - might lead to more harm than good.

Why does overdiagnosis happen? There are many possibilities, and a few of them are emotional, or on an intuitive level. For example, I believe that clinicians and patients with a low tolerance of uncertainty order more testing because the uncertainty makes them uncomfortable. They believe that empirical studies are the only way to achieve peace of mind. One medical commentator says:

"Yet medical, and especially paediatric, practice takes place in a sea of uncertainty: diffuse or intermittent symptoms, borderline or equivocal tests, unanticipated turns of events and complicated patients and parents whose real issues may not be the ones they first tell you about."

The same author says over-adherence to guidelines might be partly responsible. Rather than observing mild abnormalities like mild neonatal jaundice, providers are encouraged to make them into pathologies and treat them. If they don't, they risk of appearing non-compliant with best practice.

Guidelines, after all, are often created in the setting of substantial uncertainties.